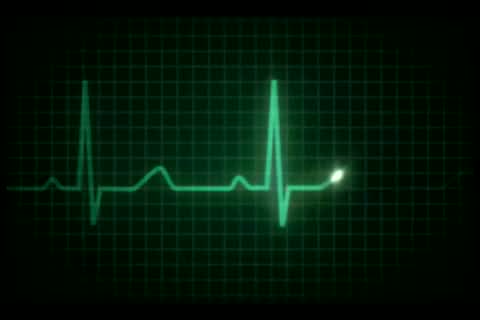 One of the most frequently asked questions I get from patients about their medications is:  “Do I really need to be on this statin?”

The answer varies by the patient.  The statin drugs, which are the class of cholesterol lowering medications that end their name with “statin” (i.e., “lovastatin,” “atorvastatin,” etc), are among the most heavily prescribed medications in the world. Once upon a time, in the not so distant past, we in the conventional medical community said things like, “Statins should be in the water supply!”  After all, they reduced cholesterol, overall inflammation, heart attack and stroke risk, and were thought to do nearly no harm — some reversible liver inflammation at times, muscle aches at a rate perhaps no higher than placebo, and not much else.  That perception of statins has changed remarkably in the last five years.  Now, the question is more like: “Do we need them at all?”

From their advent and through my time in medical school, they were known to be very effective at reducing cholesterol levels; but randomized, controlled studies did not show an improvement in mortality or reduction in heart attacks.  Then, in the mid-2000s, reports using pooled data from multiple studies began to be published consistently showing heart attack and death risk reductions in the 25-35% range.  The “JUPITER” trial in 2008, a large randomized, controlled study involving rosuvastatin (“Crestor”), was even more impressive: 50% reductions in heart attacks and death, in healthy people without known heart disease.  Put it in the water!

Unfortunately, all this promising data came with two of the most common flaws we face in interpreting data.  Pooling data – in which numbers from multiple studies are combined – is a very attractive project for someone who does not have the immense resources needed for conducting a large trial from scratch.  However, it allows researchers a lot of flexibility in choosing end points and studies to include; flexibility which can be mis-used to ensure a “publishable” result.  It has been recently noted that the dogma that all diabetics need to be on statins was based entirely on pooled studies; no randomized, controlled trial has even demonstrated this!  Another considerable problem with the value of most of the studies that are published these days is that they come from the very industry that makes the drugs being tested.  JUPITER was one such – sponsored by the maker of Crestor, and led by the patent-holder on the test that was used to assess risk level in the study.  Does this sound like a good way to gather unbiased information?

By 2010, JUPITER was under attack by multiple articles published in mainstream journals.  The consensus now is that, for people who have do not have a remarkably high cholesterol level or a markedly increased risk of stroke or heart attack, statins probably do not save lives.  They do, however, cause much more harm than we initially suspected.  Liver inflammation and muscle pains were a recognized problem 10 years ago.  Now, we also realize that statin use carries a 20-30% increase in the risk of major muscle injuries, due to their inhibition of the liver’s production of a vitamin-like compound known as co-enzyme Q10;  and the development of diabetes, especially in post-menopausal women.  For those for whom statin use is truly indicated, supplementation with coQ10 in the 100-200mg range is a must, to limit the effects on the mitochondrial function of muscle cells deprived of coQ10.  Blood sugars should be followed closely, as well; some of the less potent statins, like pravastatin, might be less likely to increase sugars.

The take home message?  Improving your diet, increasing your activity levels, and avoiding inflammatory behaviors like smoking, are all clearly superior to statins in the prevention of heart disease and cardiac-related death.  They also lack the bothersome side effects!

by Buzz Hollander MD “Lies, damn lies, and statistics.” Most people would attribute that quotation…

What to do, what to think about and what to take – a few thoughts on health and Covid-19

by Michelle Suber, ND   We at Iris Integrative Health have received countless calls and…

Uncertainty and COVID-19: Managing a Pandemic with Bad Data

by Buzz Hollander MD “When do we get to leave our house again?” This is…