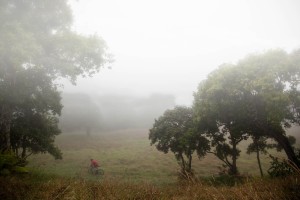 The notion of a Fountain of Youth – a magical source of a substance any one of us could drink of and slow or even reverse the aging process – has an obvious hold on the psyches of many of us with a few decades under our belt.  We might reasonably assume it is nothing more than myth.  In fact, even the myth of the Fountain of Youth as the object of explorer Ponce De Leon’s desire appears to be nothing more than a tall tale1!  That said, the less desirable aspects of life that often accompany aging – the aches and pains, the slow recovery from a work-out, the chronic diseases – not to mention death itself – ensure that the quest for a Fountain of Youth will never end in the world of medicine.

“Modern medicine” could claim that it is clearly on the right track in this regard.  The average American lived to age 47.3 in 1900; this leapt to 68.2 by 1950.  Much of this remarkable improvement can probably be ascribed to the improvements in infant mortality with better prenatal and obstetric care, immunizations, and public health improvements. Still, American lifespans continued to creep upwards in the ensuing decades, rising to 78.9 by 2010, likely related to improvements in managing cardiovascular events like heart attacks, among other things.  Any smugness we might feel that we are on an inexorable march towards all of us celebrating our 100th birthdays, however, is probably ill-placed.  The past five years have seen a virtual flat-lining of our lifespan.  Even if we go back to 1950, the number of additional years a 65 year old would live was 14 on average; now, 66 years later, that number has only risen five years2.  Given that tobacco use has plummeted since the 1965 Surgeon General’s announcement that, yes, tobacco was bad for us, we might well decide that much of that modest improvement was not due to modern medicine but simply smoking cessation.  The CDC estimates that smoking cuts approximately 10 years off an average lifespan; and the percentage of smoking Americans has dropped from 42% in 1965 to 17% today3; so we might estimate that nearly half of the mortality improvement in the last 50 years is due to the anti-smoking campaign!  Amazing as it seems, if you are a non-smoking 65 year old American, all of the wonderful advances of modern medicine in the past half-century — MRIs and CT scans, robotic surgeries, cardiac cath labs, cancer screening programs, and literally thousands of exciting new drugs — all of this has added maybe two or three years to your life.  That’s it.  It is easy to see why the thirst for a Fountain of Youth still exists.

When studies crop up suggesting that this or that supplement, lifestyle modification, or medication might have a significant effect on our lifespan (or “healthspan” – a new term for adding years before infirmity sets in rather than just counting years lived), the popular press is understandably enthused.  Sorting out just how promising these “breakthroughs” really are can be a challenge.  I will save the discussion of potentially exciting medications and supplements for my next post on the subject.  Let us begin with the most natural of options – changing what we eat.

Since I was in high school, I have been hearing: “the only way to live longer is to restrict calories.”  There is plenty of evidence to this effect, much as it is not nearly as attractive as a sip of magical water.

Indeed, studies since the 1930s on mice and yeast have showed survival benefit with calorie restriction, sometimes remarkable – in the 40% range. It even has its own acronym in the scientific world – “CR.” That said, many a study has failed to translate from simple organisms, or even rodents, to humans.  Lab rodents are bred to die of cancers; about 80% do so (this fact still pains my mother, who found out the dark truth only as our beloved first, and only, pet rat was dying).  They are also different from humans in many complex and not-so-complex ways.  Therefore, there was great interest in primate studies on calorie restriction, but when finally published, the results have been mixed. The two largest studies, with a 15-30% calorie reduction, have yielded conflicting results. The most recent 23 year study on rhesus monkeys did not show survival benefit, only slight metabolic improvements in young-onset CR (those monkeys who were calorie limited from an early age). The prior study showing marked benefit allowed unlimited food access to controls, while the more recent limited the calorie consumption of its control monkeys to an “average amount” – so perhaps CR has benefit only when compared to unhealthy controls4,5.

Finally, someone has tried a human model of this theory, in the “CALERIE” study, a 2 year randomized, controlled study that sought to find out if signs might point to longer life with CR; they had to limit themselves to signs like shifting metabolic rates, because it is hard to find backing for studies that require decades of cooperation, monitoring, and follow-up to really determine if people are living longer.  The study aimed for 25% calorie reduction in 160 normal or mildly overweight individuals (12% ended up being the actual average reduction); neither resting metabolic rate nor body temperature lowered as expected, but modest weight loss, improved blood pressure (only 4%), and better insulin sensitivity were seen. Of note, bone density worsened problematically, further lessening the appeal of the study6.

This would point towards the unattractive conclusion that, while there might be a “fountain of youth” readily accessible if you are a) a smoker; or b) have an unhealthy, over-consuming diet; you might see no remarkable longevity benefit from anything we have discussed if you are already a non-smoker who eats a reasonably healthy diet.

One potential caveat to this is the notion of methionine restriction (you guessed it: “MR”), a relatively new concept.  Methionone, an essential amino acid, meaning we must obtain it from our diet, seems linked to oxidative damage in the mitochondria. Many in the longevity business think that aging is roughly equivalent to the degree of oxidative damage in our cells (rust on metal is a typical oxidative process). Fly, mouse, and rat studies have shown that a 4-5-fold decrease in methionine in diets cause the same benefits as CR; and improve insulin sensitivity beyond just what the fat loss would predict7,8.  Since diabetes – the ultimate end point of poor insulin sensitivity – drops our lifespan by some 6-7 years9, this is doubly of interest.  How do we limit methionine?  Eat less animal muscle10.  All of those healthy proteins some of us have been exhorting our patients to eat to avoid carbs and trans-fats – poultry, fish, lamb, grass-fed beef – are loaded with methionine.  Some in the medical community have responded that eating the WHOLE animal, which is richer in glycine, which gets depleted by high-methionine meals, might limit the apparent damage.  There is also an inherent problem that limiting methionine, also well represented in dairy and eggs, makes it harder to avoid carbs and the inherent risks of insulin resistance from them.  So… the jury is still out.  Moderation is probably wise when it comes to meat muscle; and the now-chic “bone broths” are probably the smartest way to get your meat.

At this point, I do not see enough evidence to advocate strongly for CR, MR, or any other acronym, when it comes to food restriction, until we learn more.  An individualized diet that stresses whole foods based on your own genetics and health conditions, and lots of vegetables, serves as common sense. And, yes – if you have not quit smoking yet, now is the time!

*Part 2 will address the most promising supplements and pharmaceuticals in the Fountain of Youth realm.*

Q: “Are you going to keep your clinic open through this?” A: Great question! The…

by Buzz Hollander MD Antibody testing for COVID-19 is the new darling of the media.…

The Fountain of Youth – Part 2

In this segment, I will review some of the supplements and pharmaceutical agents that have…